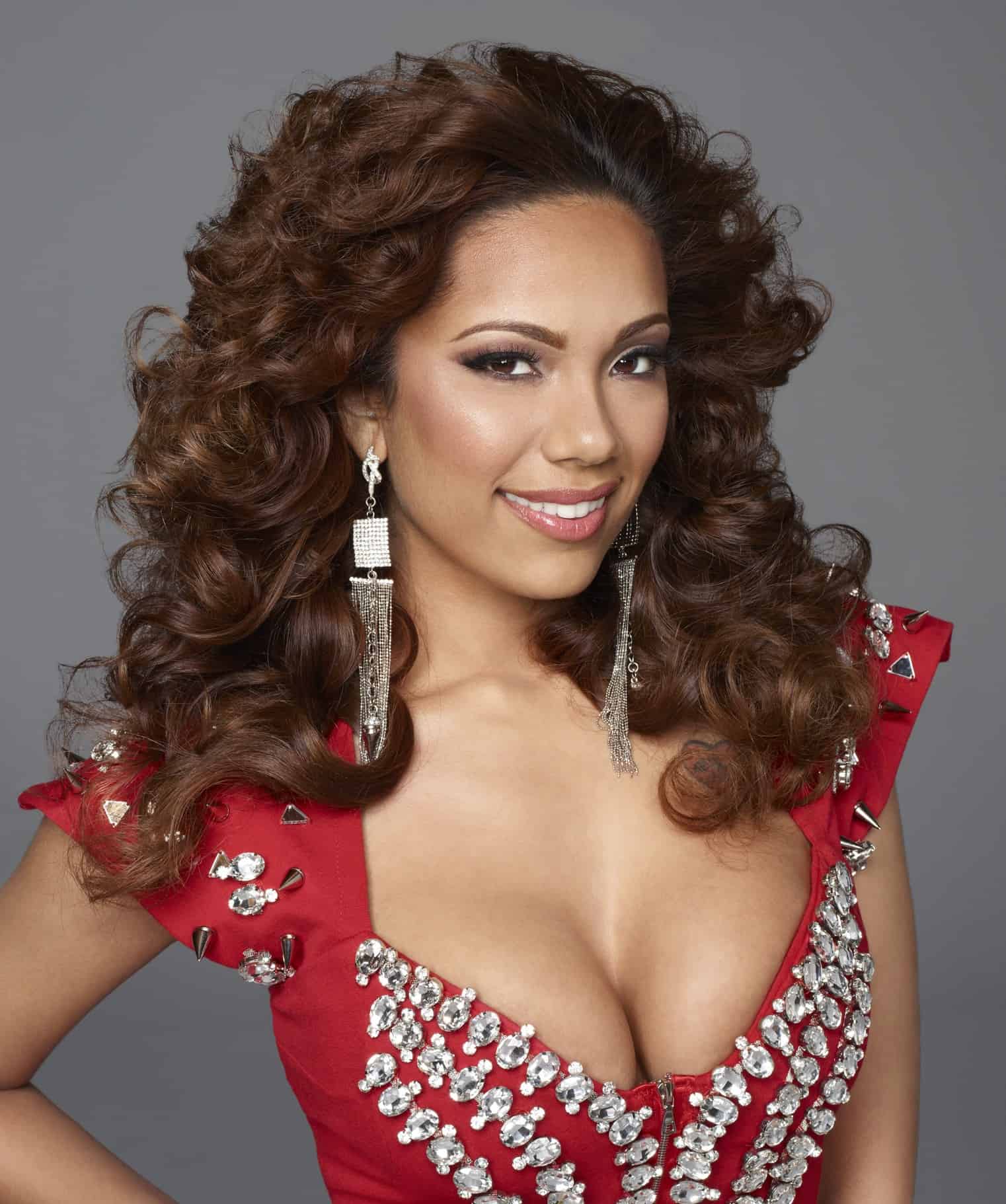 Her Source had a chance to chat with Erica Mena model and star of VH1’s hit reality show, “Love and Hip-Hop.” Erica dishes on love, balancing family & career,  “Love & Hip-Hop,” her beef with K. Michelle, and her upcoming projects in the works

What do you think of today’s video vixens?

Erica Mena: It kind of sucks when it comes to the pay and how some of these girls are being treated now as compared to when I first started when I was a teenager. My pay was $5,000 for each video that I’d done compared to now these new girls get paid $500.

How do you balance being a mother & your career?

EM: For me, I balance it by setting my priorities straight and being able to spend some time with my son. Unfortunately, I wasn’t able to trick or treat with my son this year because of work, but everything that I do is for him.

What advice would you give to a single mother?

EM: The best advice that I could give to a single mother is do for you and your child because sometimes a lot of women get caught up with being with a man that doesn’t respect you, but instead not putting their child first.

How did the situation with you and K. Michelle start?

EM: I honestly think it was some things that were said about me through her when she was on the Atlanta cast and I didn’t have any problems with her until she was scared to film with me and got ran out of Atlanta. We have similar backgrounds, we both went through domestic violence and we both are single mothers raising our sons.

How has being on “Love & Hip Hop” impacted your career?

EM: Being on “Love & Hip Hop” has impacted my career because I was able to get a lot of endorsement deals and opportunities outside of the show. Even though, I was labeled the crazy one it sort of works for me because I have this I don’t give a f— attitude and being so real.

Which cast member from “Love & Hip Hop” are you close to?

EM: I’m the closest to Rich Dollaz. I got him on speed dial (laughs).

What are some of your favorite reality shows that you like to watch in your spare time?

EM: Besides “Love & Hip Hop”, my favorite shows are “Shahs of Sunset,” “The Real Housewives of Atlanta” (which deep down I am so obsessed with and I’m an housewife in my head), and many others.

If you could collaborate with somebody on a song, who would it be and why?

EM: I don’t know. It’s a lot of people that I want to collaborate with like Nas, Future, I’m feeling Meek right now, too.

What do you say to the haters about your relationship with Cyn Santana?

EM: I don’t really care what the haters say about my relationship with Cyn because at the end of the day that is who I love and I love her.

How did you feel when people were criticizing your relationship with Rich Dollaz?

EM: When I got with Rich, a lot of people thought I was with him for the money, but little do people know that Rich is a cheap a** mf, but I always love Rich and I received a lot of opportunities while I was with him.

What are some of your upcoming projects that you have in the works besides the books and lipstick line?

EM: The projects that I have now are my lipstick line called Pritty N Pink, which I just showcased our winter line and my books “Underneath It All” and “Chronicles Of A Confirmed Bachelorette” are on available on Amazon. I have a new single that I am releasing soon called “Dancing Around The World,” which is an uptempo song that you could listen to on Hot 97 and Z100. I am going on tour soon and making press stops in the states.

Make sure that you tune in to #MenaMondays aka “Love & Hip Hop” every Monday at 8 pm on VH1.